At Sourcefabric we believe that the best way to build top-notch software for journalists is to work closely alongside them throughout the design process. “By journalists, for journalists” is the philosophy behind our open-source content management system Superdesk, which we have developed in cooperation with several major news agencies including the Australian Associated Press (AAP) and Norsk Telegrambyrå (NTB).

When we first began work on Superdesk in 2011, all our team had was the power of an idea: to design an open-source, headless content management system that would act as a digital “desk” for all the journalists in a newsroom to do their work on. 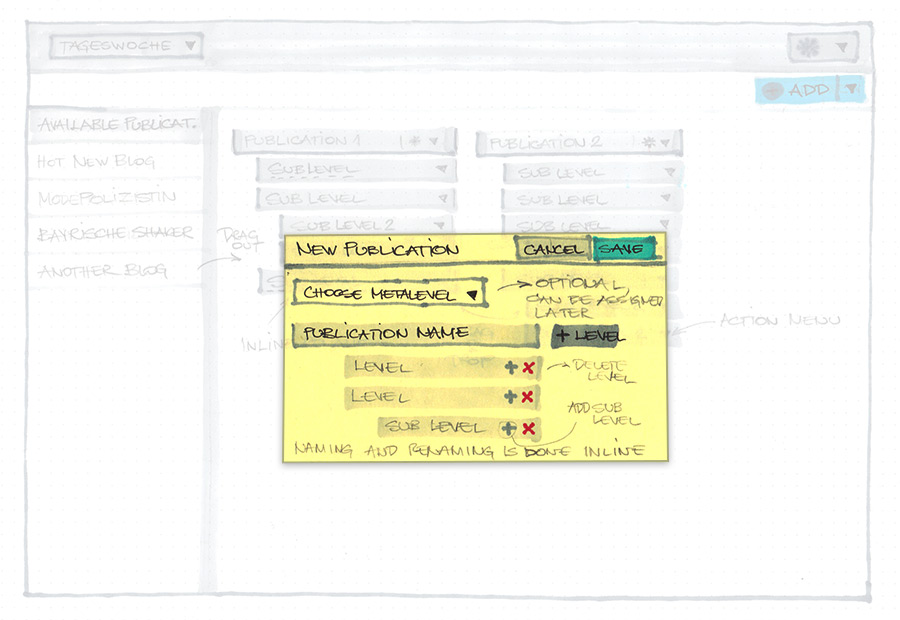 The team began by creating mock-ups and having discussions with consultants who’d worked in news agency newsrooms. Then, out of the blue, the Australian Associated Press (AAP) got in touch. They were looking for a new newsroom management system, and decided just from the visual attractiveness of Superdesk alone that it could be exactly what they needed. they liked what they were seeing.

Things moved quickly once the the Superdesk team began talks with AAP. Our Superdesk Project Manager, veteran journalist Vince Ryan, spent two years working inside the AAP newsroom, while our Head of Design, Vladimir Stefanovic, based himself there for four months. Here, he gained a good sense of how to design the system in order to tackle the pain points for journalists.

“We were designing the system based on the problems that needed solving in the newsroom. We’d create something, show it to AAP and see how they reacted. It took a lot of work.” - Vladimir Stefanovic, Head of Design

Many of these pain points were the fault of AAP’s aged newsroom system, which did not allow the news agency to build new features or speed up their workflow. If they wanted to add multi-media elements to an article, for instance, they had to switch over to a completely different software.

With Superdesk, however, one of the central tenets of its design is to unify everything in one system, without having to switch between different software.

“We wanted to create a system where you can see multiple screens or parts of the system at the same time. So the idea is to ease access to all the stages of a workflow. We also wanted users to be able to work on more than one article at once without switching the screen. But if you need to, you can also easily just focus on one thing.” - Vladimir Stefanovic, Head of Design

The same design principles applied to Superdesk Publisher too. The goal was to create digital publishing software that allowed users to publish content to one - or multiple - websites without having to switch over to another software.

“Superdesk can be really complex if you need it to be, but if you don’t need it to be complex then it also allows you to just focus on one thing. If you want to just write an article, for instance, you can do that without being distracted by anything else, while if you need more complex settings, those are also available.” - Vladimir Stefanovic, Head of Design

Of course, the best thing about Superdesk being open-source is that we’re always developing it in line with the needs of today’s - and tomorrow’s - newsrooms, helping journalists to keep on top of their work in a fast-paced industry.