AAP, the national news agency of Australia, needed to upgrade its newsroom software. The main production platform and offshoot editorial systems were out of date and difficult to use. These technology bottlenecks were not just frustrating for journalists in the newsroom – they also stood in the way of AAP’s prospects for growth and modernisation as a news business.

Operating in an environment of increasing cost pressure and growing demands for products and services related to digital journalism, AAP required a forward-looking solution to support its future evolution. This digital newsroom software would also have to be cost-effective and scalable to cope with greater volumes of data, faster delivery and new media formats.

“With digital continually throwing up challenges in news media, managing a platform that allows you to enhance, add and remove functionality without fuss is essential. You simply have to answer user and business needs if you want to keep moving forward – if you can’t answer them, you’re in trouble.”

AAP identified two additional advantages in Superdesk’s open source code base. First, no licensing costs and commercial headaches that are typically associated with proprietary software. Second, it offered the freedom to modify the code to integrate with existing systems, without the need for middleware.

With developers from AAP and Sourcefabric sitting alongside journalists in the newsroom, the Superdesk project was a chance for reporters and editors to dictate how their publishing software worked, rather than the other way around.

In less than two years, Sourcefabric and AAP co-developed an implementation of Superdesk built for AAP. With the complexity of its legacy systems consolidated on a single platform (at least partially, at the point of release), AAP’s managers and journalists were able to plan, produce and distribute higher volumes of content more efficiently, thanks to blazing search speeds and improved visibility across content in progress or in archive. Superdesk also positioned AAP as a news business innovator. Today the news agency is poised to thrive in the media landscape of the future, delivering more relevant products and services through a platform that moves with the times. 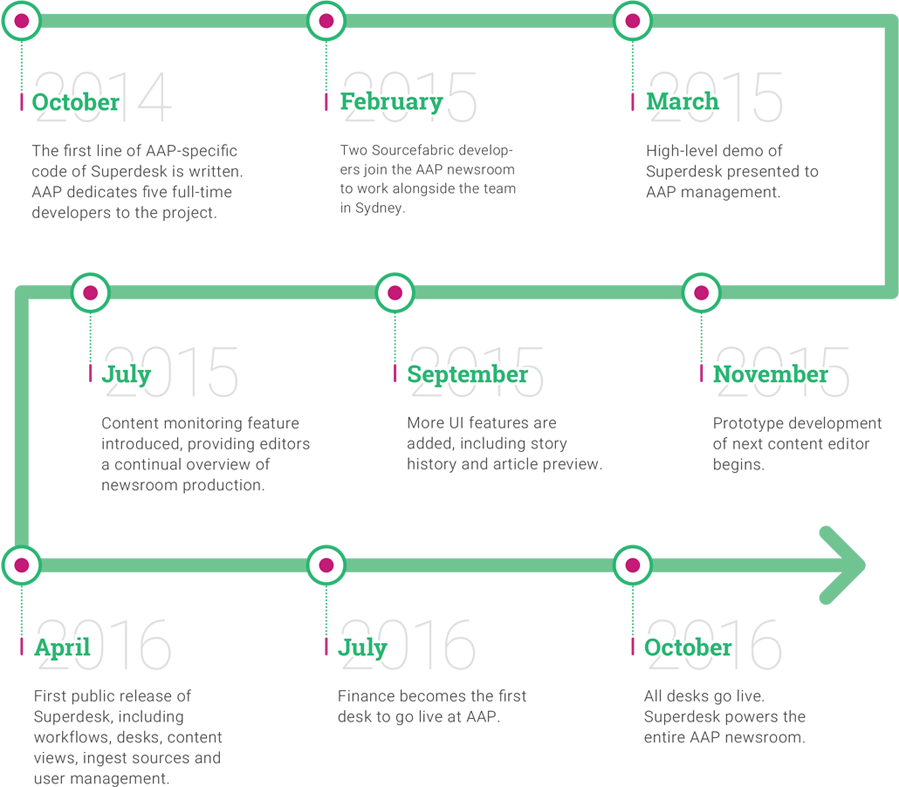 AAP went into full production mode with Superdesk in October 2016, covering all of its bureaus in Australia and around the world. With Superdesk, AAP produces more than 4,000 unique stories each week, edits another 15,000 articles, distributes 22,000 photographs and reaches over 11 million readers. 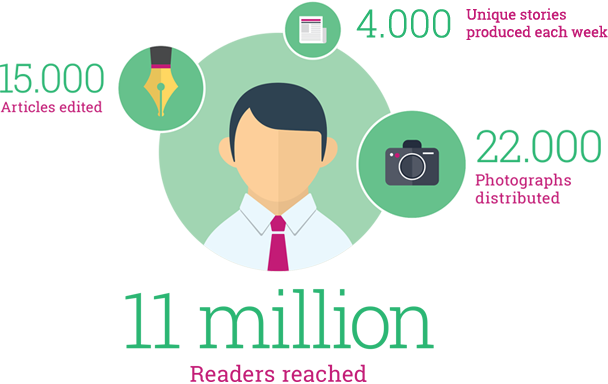 What can we do for you? Get in touch today